Social media came to be a part of our day-to-day, establishing new connections that are vital for business growth and exposure. However, these media need a marketing plan and strategy to be truly effective and responsive to clear objectives that allow us to achieve the desired reach.

As part of Stratego’s 21st anniversary, the event “Digital Trends 2019. What you need to know about social media in Latin America and Panama” where clients, allies and colleagues of the journalistic guild learned how social media has positioned itself in Panama and received comparative information about Latin America. The talk was given by Carlos Jiménez, international speaker and president of Tendencias Digitales, who referred to the traditional knowledge that social media content is king but introduced the premise that the context is the kingdom as it focuses on how companies engage with the market, their conversations and trends.

Analyzing the evolution of Internet penetration we have that compared to 2018, Panama remains at 70% with no variation unlike Latin America which had a growth of 2% from 66% in 2018 to 68% in 2019, this positions Panama as second in the region after Costa Rica with a penetration of 86%, these data are important to understand what type of strategy meets the conditions of the environment and how to develop a plan to get better results in the business. 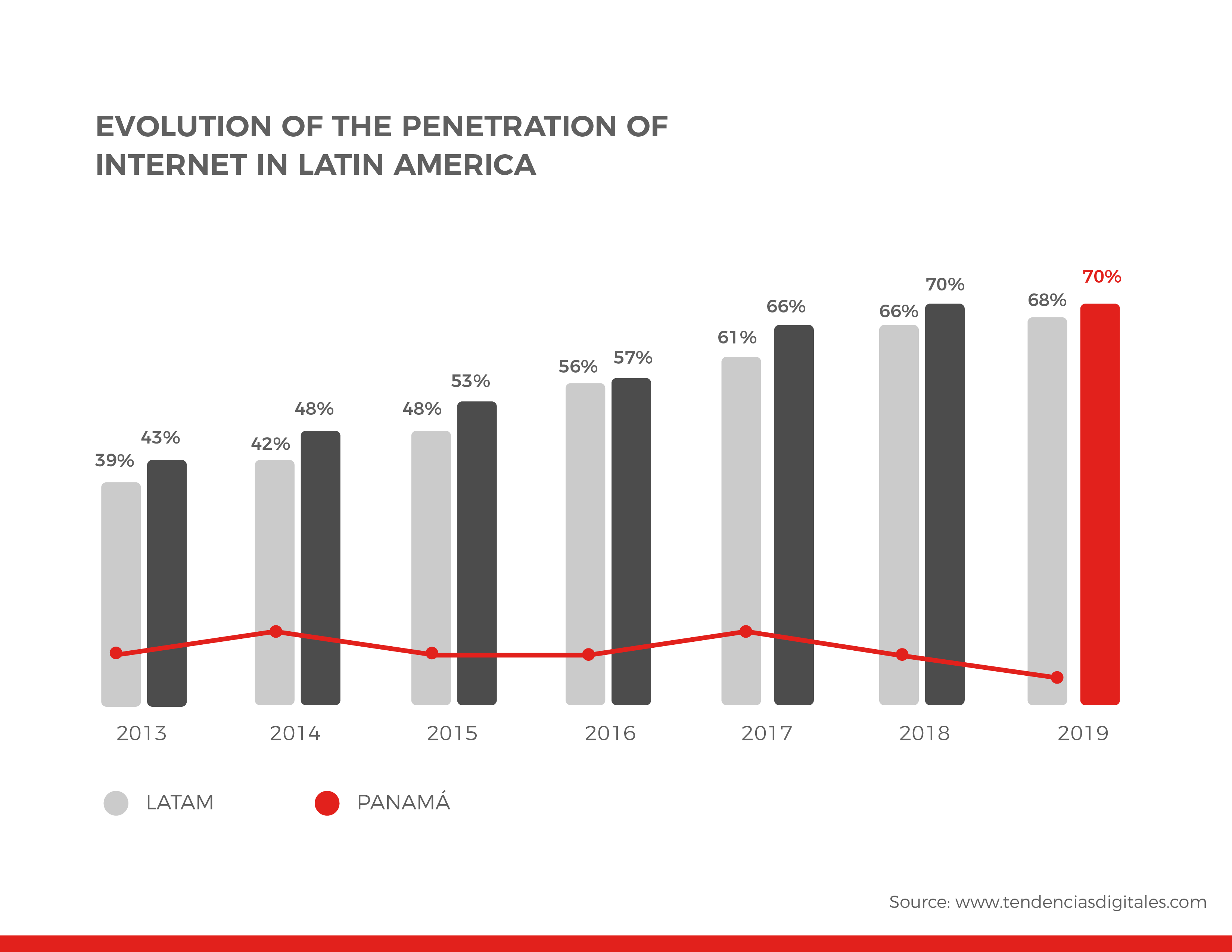 In terms of mobile users, Panama is above the average with 67%, compared to 62% in the region. However, in terms of electronic commerce, Panama shows a decline compared to the region as it reflects 45% of people who have purchased over the Internet, compared to 53% in Latin America.

The study also shows that the five most common uses of the Internet in the country are e-mail (86%), surfing social networks (82%), searching for information (79%), reading news (78%) and watching videos (76%).

Another interesting fact that can be seen in the study has to do with the expectations that users of brands have in social media. In this sense, the highest figures are recorded by the following items: product information (83%), promotions (63%) and novelties (57%).

The study seeks to understand digital audiences, their behaviors and the digital impact in their relationship with brands.